South Asian Drag has been kept behind the veil for far too long.

Brown Drag Exists and it is time for it to be made visible in all spaces, virtual and physical.

In the context of the UK, the British South Asian community is the largest ethnic minority. The UK is also home to a thriving Drag community with queens such as Asifa Lahore, Lucky Roy Singh, Naila Price and Val Qaeda to name a few. 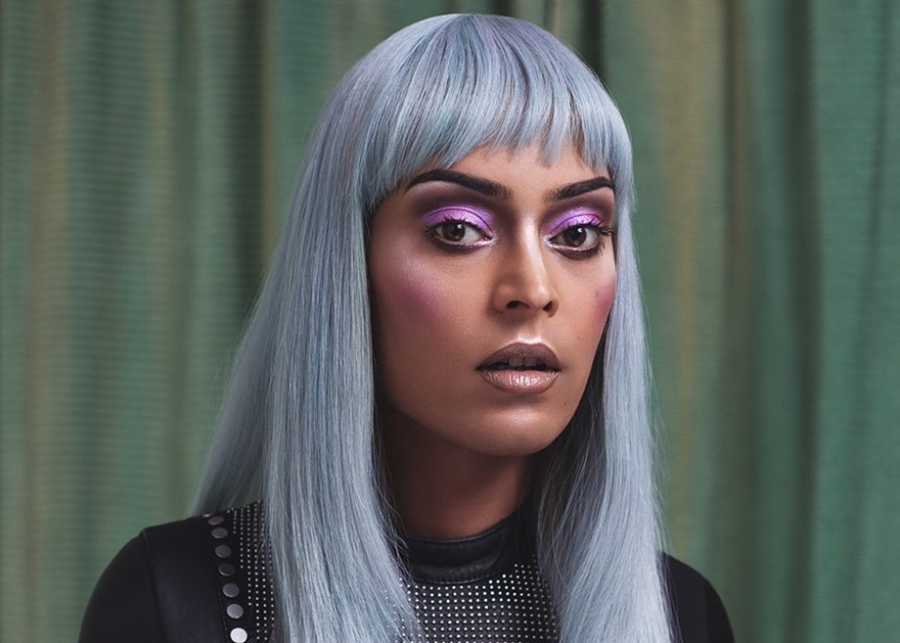 Unfortunately, the South Asian Drag community often find themselves under- or mis-represented in the media. As Asifa Lahore, Britain’s first out Muslim Drag Queen, writes:

Throughout my career as a communities support worker, and then as a professional drag artist, I have tried to share the importance of visibility and inclusion because being constantly erased only limits and diminishes the community further. I remember growing up without any visible and influential persons that looked like me and I know many South Asian people that share this sentiment

“To suggest that queens from a South Asian background don’t exist internationally is to be a perpetrator of erasure”.

In April this year Buzzfeed released a list compiled by The Drag Bible, an influential platform highlighting drag performers and drag culture. This list, titled ‘Forty Drag Queens You Need to Follow On Instagram’ was diverse in terms of race and geography, yet it was unsuccessful in its inclusion of drag artists with South Asian heritage.

After social media commentary on this omission resulted in the deleting of the list by Buzzfeed, the Drag Bible publically acknowledged this mishap and have promised to strive to be fully inclusive.

Unfortunately, this is a trend prevalent in mainstream drag and LGBT+ communities, both online and in physical spaces such as bars, clubs and Prides where few or no South Asian drag performers are among featured talent. This is exemplified in the RuPaul’s Drag Race franchise, which has not featured a single queen of South Asian heritage in its many international variants. The South Asian subcontinent does not have its own Drag Race yet, but the diaspora is far and wide, permeating all corners of the globe including the USA, Canada, UK, New Zealand, Australia, the West Indies and Africa. To suggest that queens from a South Asian background don’t exist internationally is to be a perpetrator of erasure.

This is a harsh reality facing those from a South Asian background wanting to follow a career in drag, cabaret, burlesque and the performing arts.

We have to fight the hardest and the loudest in order to be heard or our art to be seen. In many cases we are denied work and opportunities because our art is either not understood, too political or too risky. More often than not this is down to pure ignorance, a lack of research, the unwillingness to listen, understand and blatant racism.

Not ensuring to include a diverse panoply of performers encompassing all diverse backgrounds is risking contributing to the erasure of identities and experiences.

Erasure is tantamount to racism and as performers we wish for opportunities to be included at the table of mainstream drag.

In this spirit, South Asian Drag Artists from across the world and different spheres of drag [AFAB, Trans, Drag Kings, Drag Queens etc.] came together to compile this campaign video and spill the masala tea.