For very good reasons the diversity of the marketing industry has come increasingly under scrutiny, and the reality is we often don’t like what we see:

Middle class, expensively educated, white men dominate far too many facets of our industry; Progress at gender equality, let alone other areas of inclusion, has been painfully slow; too many conferences, or expert panels not only reflect this but further reinforce this; and in fairness I personally can hardly claim to be shattering many of those expectations. 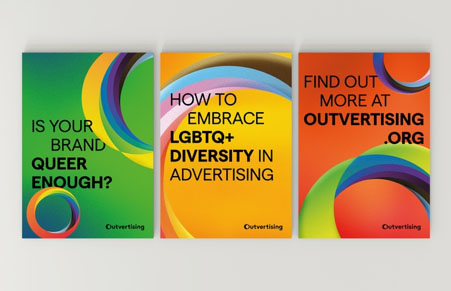 It is however also important to stop sometimes and consider the progress that HAS been made, and the actual advertising output of our industry is one area in which I think there are some good reasons to celebrate. There’s a long way to go of course, especially when you look globally, but over the last few years there has been far better & greater representation of a range of diversities in mainstream advertising. That includes everything from adverts built around and focussed on telling the stories of sometimes excluded minorities, through to much more casual inclusion of a range of intersectional individuals in casting and across our communications.

Back in 1994 Ikea became arguably the first major brand to run an LGBTQ+ advert in mainstream media when they casually cast a gay couple in one of their adverts. They backed away somewhat saying it ‘wasn’t a political statement’, but perhaps that was right? It isn’t a big political statement just to reflect the realities of the diverse consumers who make up your audience.

Representation matters. It’s easy to dismiss it as box ticking, but adverts are an important influence in shaping culture and seeing yourself truly reflected in that space is often a rarity. It matters for brands too who do need to reflect the realities of modern society and continue to appeal to a broad base of consumers.

That isn’t to say of course that moves in this direction cannot come with difficult challenges and push back… from all sides! There’s a clear commercial narrative about appealing to excluded consumers but also a reality that moves into this space can attract hate, and even challenges from the communities you are trying to represent if the right balance isn’t found.

I’m hugely proud to have worked at companies like Diageo and GSK, and to be a part of the team at Outvertising, who’s ongoing work and Awards are an opportunity to celebrate the fantastic progress in LGBT+ advertising. Brands looking for advice and guidance on how to approach making an LGBT+ inclusive campaign should start with a copy of the Outvertising Guide (www.outvertising.org).