We are thrilled to confirm that Barry Davies from Tesco will be joining our esteemed panel of judges for the 2020 British LGBT Awards.

Barry started working for Tesco in stores in Wales, and has worked his way up for the past 31 years – through senior management positions in stores as well as roles at Head Office. For the last three years he has represented Tesco Ireland as the Head of Supply Chain.

Another important aspect of Barry’s role at Tesco is his involvement in the company’s LGBTQ+ Network, Out at Tesco. The network has been running since 2005, and Barry has been a member from the very beginning. In January 2019 he became the Chair of the network, which now consists of over 3,000 members. 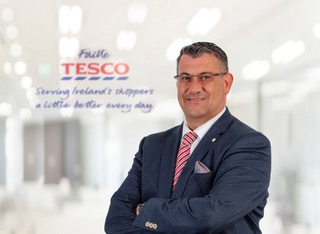 “Our Network is active year round to support an inclusive culture at Tesco where everyone’s welcome.  These Awards celebrate all that is good in and around the LGBT+ community and I’m extremely proud to represent Tesco as a judge.”