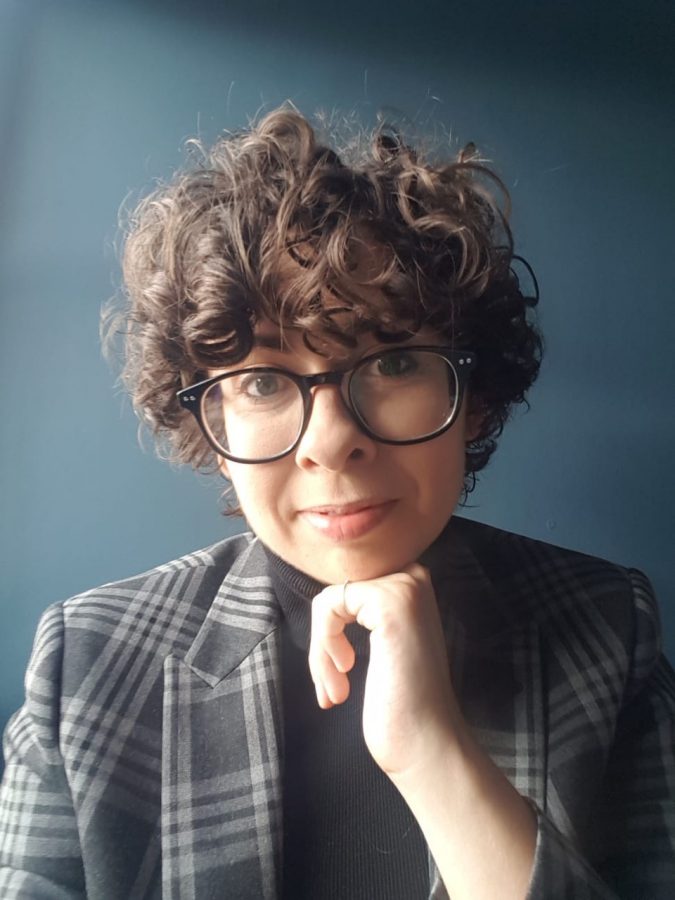 Tell us about why you took the role as CEO at Galop?

I have spent most of the last decade working with LGBT+ organisations, both in my career and in my spare time. I care deeply about our community, and if I can use my time and energy to make things better for other LGBT+ people, that’s what I’m driven to do. I think of the LGBT+ community as my family and it has supported me through so much, it’s only right that I return the favour in whatever way I can. Galop’s work with LGBT+ victims of abuse is so important. I have close family who have experienced domestic abuse, and I’ve seen the long-term effects it can have on a survivor. I have friends who have experienced abuse in the street or been harassed by neighbours for being LGBT+. I know how hard it can be to identify what’s happening, and how to get help in a way that feels safe. I know how much bravery that can take. Being able to be part of Galop’s work to support LGBT+ victims and survivors of abuse, and to amplify their voices, is a real privilege and I am glad to be here, doing this work alongside our incredible team.

What is it like working for an LGBTQ charity?

As someone who grew up in a small mining village in the North East of England, where being LGBT+ was seemingly the worst thing you could be, I don’t think I’ll ever get over the thrill of being surrounded by other LGBT+ people every day, who are not only out about who they are but working to make things better for our community. I’ve worked with a number of LGBT+ charities and community groups, and one common theme across them all is how passionate and dedicated to the cause everyone is. Being LGBT+ and pushing for change for LGBT+ people, talking about inequality and abuse every day, can be emotionally draining, but it’s also incredibly personally meaningful for everyone involved.

What differences/difficulties have you seen to LGBTQ lives based on lock down?

This year has been tough on LGBT+ people in lots of ways. Our domestic abuse services saw an escalation of abuse in the first lockdown, with our National LGBT+ Domestic Abuse Helpline seeing calls peak at double the usual numbers we were seeing before the pandemic started. Homelessness was a threat for 30% more people than we’d usually see, with sofa surfing and staying with friends no longer an option as an escape route.
The effect on LGBT+ young people has been profound – in the first 6 months after the first lockdown started, we heard from more young people than we’d heard from in the whole of the previous year. Some were unable to hide their identities from hostile family members when confined together in such close quarters, and support was harder to reach with schools and youth groups closed. We also heard from older LGBT+ people forced to move back in with homophobic, biphobic, or transphobic parents due to health or financial reasons brought on by the pandemic.
The backlogs in the courts mean that survivors of sexual assault are waiting much longer than usual for their cases to be heard, and their mental health is suffering as a result.
We saw examples of anti-LGBT+ hate crime being driven by the pandemic itself, with some blaming the LGBT+ community for the virus itself. Social distancing has made households much easier to identify, leading to same-sex couples being accosted in public. We have seen an escalation in the severity of hate crime committed by homophobic, biphobic, or transphobic neighbours, which was made even more difficult because of the added difficulties for victims wanting to escape their homes. We also can’t forget the coordinated attacks on online LGBT+ spaces, particularly those we saw over the summer when we usually would have been out celebrating Pride together.

What support can LGBTQ people access from Galop’s new helpline?

The new LGBT+ Hate Crime Helpline is open to anyone in the UK who has experienced anti-LGBT+ violence, abuse or harassment, and needs a safe space to talk. We can provide independent advice, support, and signposting to organisations that are local to you if you would like further help. Our helpline is run by LGBT+ people for LGBT+ people, and our service is completely confidential. You can talk to our helpline team about abuse, intimidation, threats, harassment, or violence you’ve experience because of your orientation or gender identity. The helpline is open daily from Monday – Friday, 10am-4pm, and can be reached on 020 7704 2040 or by email HateCrime@galop.org.uk.

What other trends are you seeing emerge for LGBTQ people?

Even before the pandemic, hate crime against LGBT+ people was on the rise. Recorded anti-LGBT+ hate crime rose at twice the rate of other forms of hate crime in the two years before the lockdown. We know from research, both by Galop and by Stonewall, that the majority of LGBT+ victims of hate crime don’t report what has happened to them, so even these stark figures don’t represent the full picture of what is happening to LGBT+ people in the UK today. Our pre-lockdown polling showed that 1 in 10 people living in the UK felt that LGBT+ people are dangerous to others. We mustn’t fall into the trap of writing this off as trolls on social media – we see people in our services who have life-changing injuries due to the violence they have faced, those who have been forced to flee their homes, and those who have experienced blackmail and doxing because of they are. Research shows, unsurprisingly, that the picture is even worse for the trans community, who face abuse from strangers in the street, from people in their workplaces or at home, and from coordinated groups.

What other services do Galop deliver?

Galop provides support for LGBT+ victims and survivors of abuse and violence. We specialise in domestic abuse, sexual violence, and hate crime, but we also work with victims of other kinds of abuse, including honour-based abuse, forced marriage, and so-called “conversion therapies”. We are the home of the National LGBT+ Domestic Abuse Helpline, as well as the new LGBT+ Hate Crime Helpline, both of which are open to any LGBT+ people in the UK who need advice and support about what has happened to them. Beyond the helplines, we do longer term work with LGBT+ victims and survivors of abuse, working with them on their safety, advocating on behalf of our clients with statutory agencies, supporting people through the criminal justice system if they choose to pursue their case through the courts, and anything else needed to make sure that the people is safe and making the right choices for them. We also have a specialist Young People’s team working with people aged 13-25 who are victims of abuse. We work with around 8,000 LGBT+ people directly every year through our various services. We use our insight from this work and our own research to influence policy-makers nationally and locally to improve outcomes for LGBT+ victims and survivors of abuse and violence, and to make sure our community’s voice is heard.

You can refer yourself to Galop’s advocacy services by filling in this form.

Resources and more information are available on the website: www.galop.org.uk